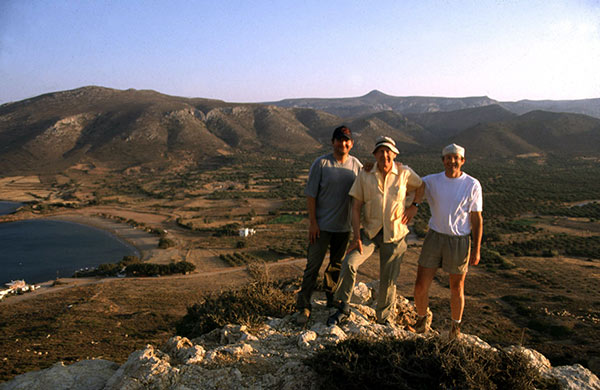 Dr. Sackett pictured in the center, with colleagues Jan Driessan (left) and Sandy MacGillivray (right) from the British School at Athens. Taken from a hillside overlooking Palaikastro.

What is included in this collection? Why should we study it?

This collection contains 35mm slides of photographs captured by Hugh Sackett as he traveled throughout Greece from the 1950s to the 1980s. He documented his findings from various archaeological sites, along with candid cultural aspects of the country’s people and places.

Dr. Leyland Hugh Sackett (1928-2020), a famed archaeologist honored with the Archaeological Institute of America’s Gold Medal in 2014, led and assisted in excavations at some of the most important sites such as Minoan Palaikastro (1962-1963, 1983), Iron Age Lefkandi (1962-1963, 1964-1990), and the Minoan Palace of Knossos in 1957. Aside from fieldwork, he taught courses in archaeology at the British School of Athens and the Groton School in Groton, Massachusetts (Reyes 2020).

The slides feature images following five main motifs: people, or the national identity of Greek people and their customs; landscapes, mainly sweeping views of the sea and the Greek islands’ terrain; architecture, including both ancient and modern buildings; excavations, the main two being Palaikastro and Lefkandi; and artifacts, or the documentation of his discoveries and educational resources about them. Together, these themes form a more complete picture of Greece through Sackett’s lens – not only of his work with ancient materials, but also the interactions between his team, Greek people, and their traditions spanning three decades.

Sackett’s slides are valuable because they preserve not only his work with significant archaeological sites, but also act as a window into the life of a skilled excavator in the late 20th century. Each page of the exhibit is meant to illustrate a thematic facet found within the slides, from Minoan frescoes and the myth of the Cave of Zeus to the methods used by Dr. Sackett’s and his team.

Themes: What Are We Looking At?

Sackett’s collection is not just strictly an academic record with the sole purpose of documenting static objects and buildings; a large portion of the slides depict the people he encountered during his visits to Greece. These individuals include both native Greeks and members of his team, caught in action as they excavate or lounge in the surrounding landscape. As in the slide to the left, festivals for Greek Independence Day (celebrated annually on March 25th) draw crowds of all Greek people, from Orthodox priests to schoolchildren. 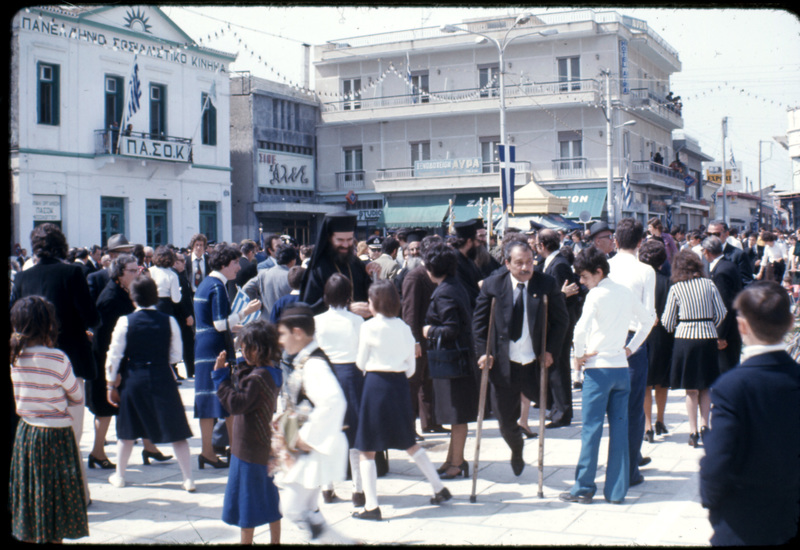 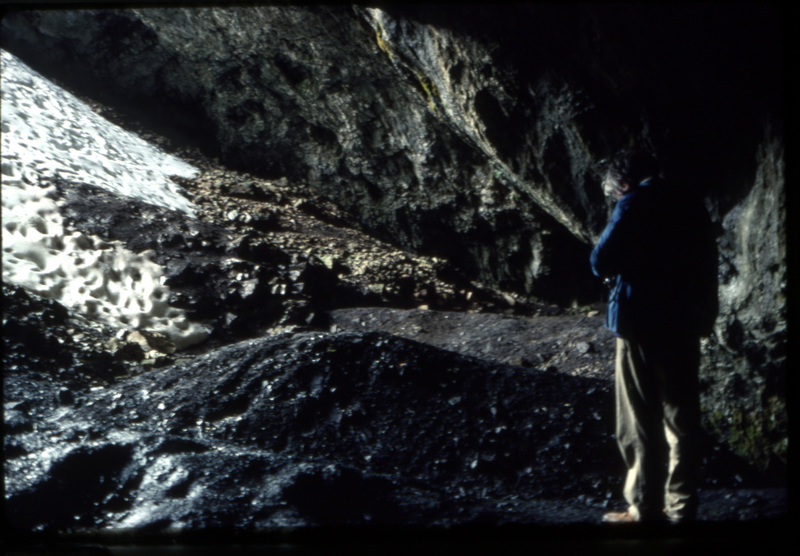 In addition to the Greek population, other archaeologists frequently accompanied Sackett on his excavations. A slide from the Cave of Mount Ida includes an inscription referring to a “M. Fitch,” who could be Dr. Marc Fitch, a colleague from the British School at Athens who stands at the mouth of the cave. His contributions to the school and establishment of the Fitch Laboratory perhaps made Sackett’s research possible (ArtUK). His inclusion in the collection proves that for Sackett, his photography was personal and documented all aspects of his trips, including the people with whom he traveled.

Sackett's work admires the vast seascapes and rolling hills of various Greek islands, along with a collection of local plants. He especially focused on Mount Ida, pictured to the right, located on the island of Crete. The Greeks believe that Mount Ida is the birthplace and frequent home of Zeus, as Homer notes in The Iliad: Zeus “‘faring from heaven adown, took seat on the summit of Ida – Ida, the many-fountained; his hands were holding the lightning’” (Mylonas 1946). The natural landscapes of Greece are closely intertwined with the nation’s mythological heritage – a concept Sackett encapsulates in his study of Mount Ida and extensive snapshots of the islands’ topography. 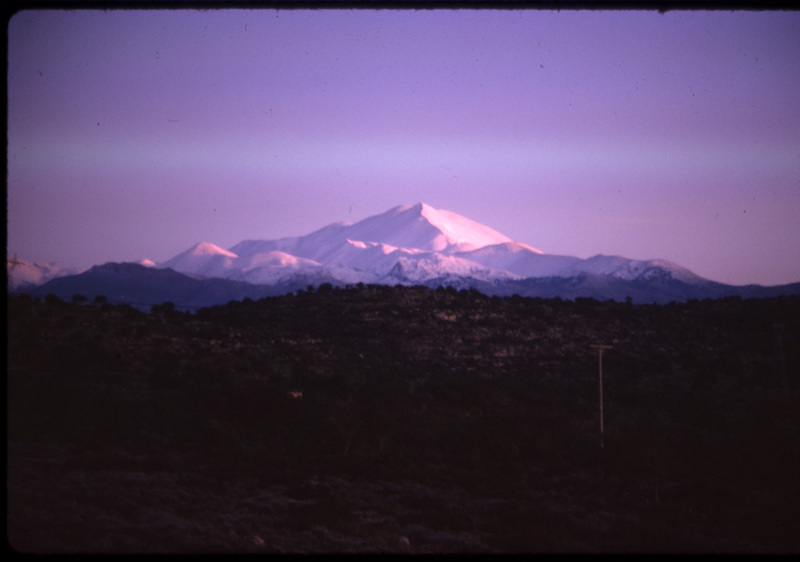 Sackett also included plenty of photos of both modern and ancient Greek architecture alongside those of landscapes. These images trace the development of architecture from the ashlar masonry of the Bronze Age to the iconic stark white walls that line Greece’s coastline in our time. The image of Naxos City on the island of Naxos, home of the Cycladic culture, in the slide to the left from the 1960s or 1970s clearly illustrates the differences between the ancient and modern, as the white rectangular buildings overwhelm the stone structure with a rounded tower in the center of the hill. While this Sackett image dates from decades ago, the documentation of the visible shifts in architectural style over thousands of years suggest that Greek art and culture merges the past and present to form their own styles that remain today. 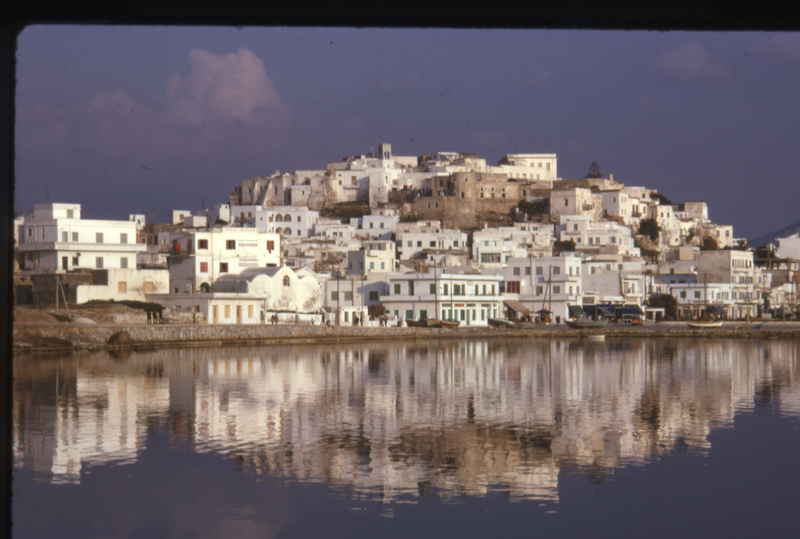 Sackett’s images of ancient archeological ruins make up a large portion of the slides. In addition to Palaikastro and Lefkandi, he excavated Kommos in Southern Crete, a Bronze Age port crucial to Greek trade and military strategy. He meticulously measured and photographed the ruins of what remains of Kommos, as evidenced by the red and white meterstick resting on the ground in the center of the slide to the right. The structure features ashlar masonry and a circular design above what could be collapsed doorway. Though Kommos is not his most well-known excavation, Sackett nonetheless took the time to fully document every aspect of his dig as he did with his other projects. 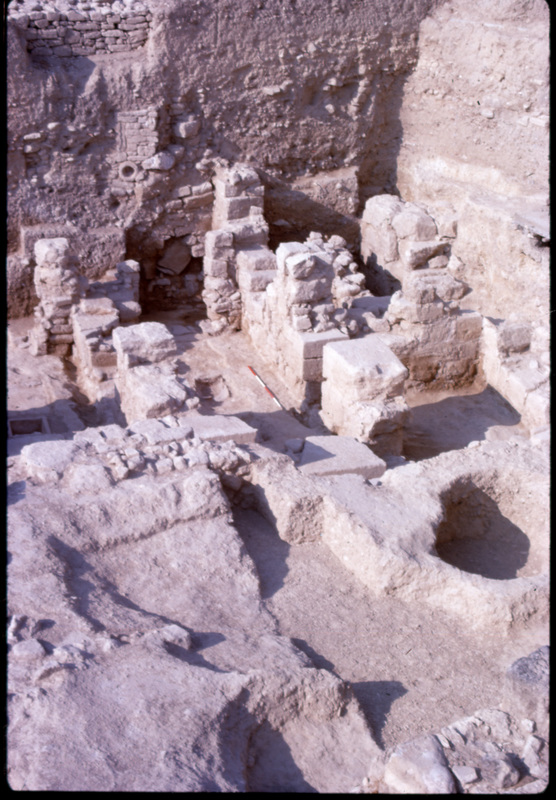 Ruins of a building at Kommos (Slide 58) 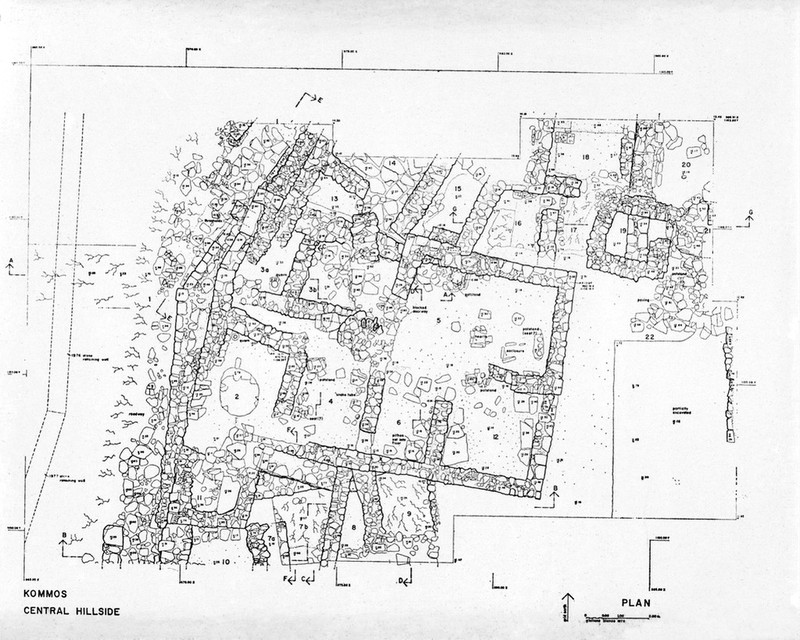 The excavations yielded artifacts Sackett then recorded through pictures, preserving them for future study via this online exhibit of his scanned slides. One of the discoveries he photographs is a chryselephantine statue of Apollo, most likely meant to be a votive offering as it was buried along the Sacred Way in Delphi. Arguably his most notable discovery, however, is the Palaikastro Kouros, a Minoan rock crystal votive statue known for its highly naturalistic rendering of the male body compared to earlier Minoan art. It had been smashed to pieces, and so Sackett and his team carefully gridded their dig site to recover most of its components (“The Palaikastro Kouros,” Sackett 2000, “The excavation,” Sackett 2000). From the same site, his team also uncovered Minoan marine-style pottery like the example to the left. Both the rock crystal votive and marine-style octopus are heavily abstracted, yet they also display a shift toward naturalism that is only made visible by Sackett’s discovery of them during his time in Greece.

Hugh Sackett’s collection of slides is not comprehensive in representing all of his accomplishments and discoveries throughout his life, but it does give us a first-hand insight into the personal photo journal of a monumental archeologist at work. 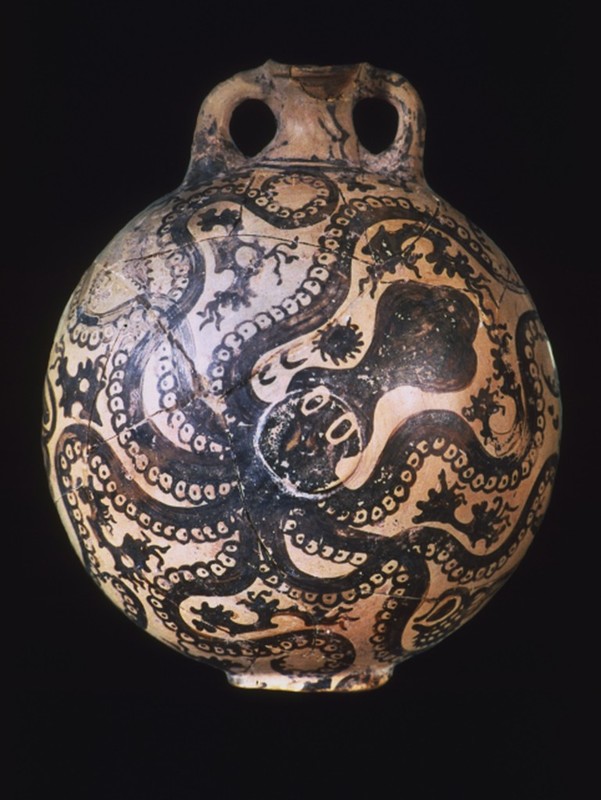 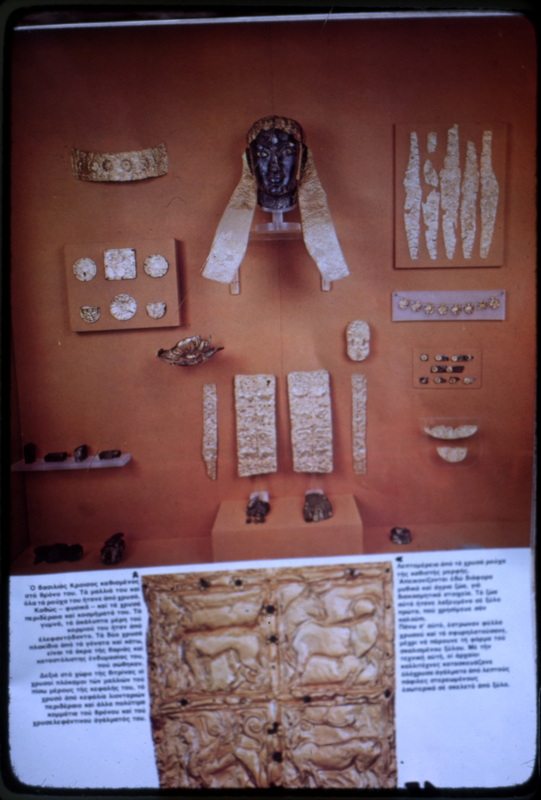 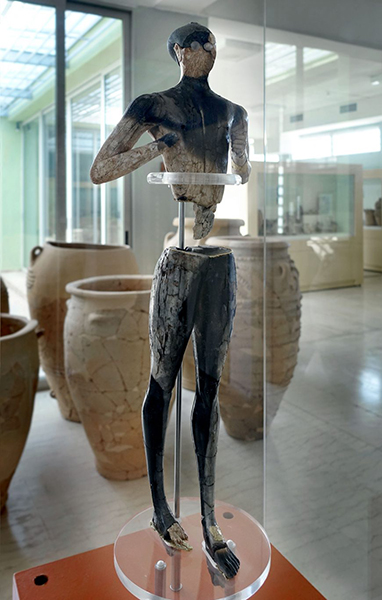