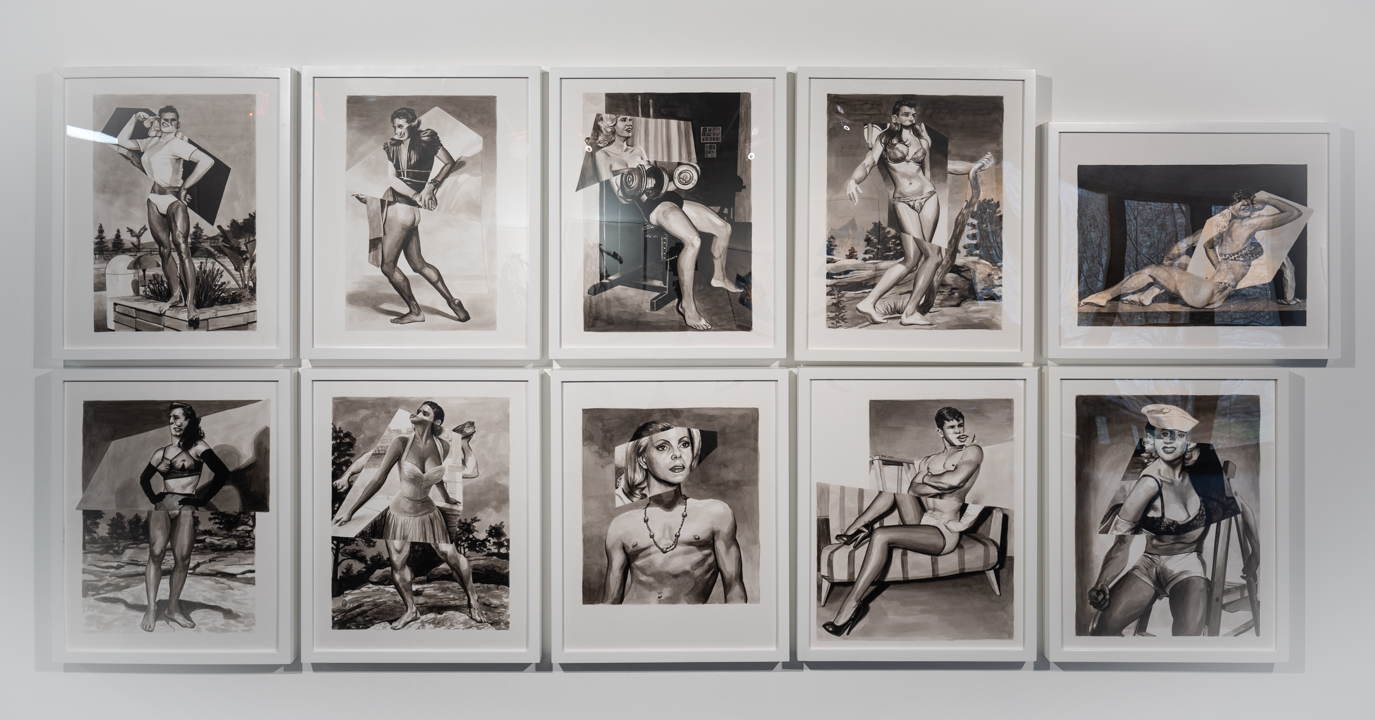 This is an Installation Image taken by Chip Pankey of Melissa Wilkinson's "Queens and Monsters" exhibition in the Clough-Hanson Gallery. Comprised of two recent series of paintings, "Queens and Monsters" deconstructs and remixes pop and personal iconography, from Golden Era Hollywood to 70's and 80's tomboys, from the glamour of disco to the digital distance of private Tumblr accounts. Focusing on the interaction of parts, Wilkinson manipulates and mediates these images in an exploration of gender play, micro expressions, and her own coming of age as a queer person. She says, "Influenced heavily by glitch art and data moshing I create meticulous watercolor and ink wash paintings in order to investigate the line that is straddled by abstraction and representation. I work in water media on paper to create a vulnerable object and a tender presence through my touch...I am interested in creating a kind of alternate identity of highly mediated likenesses, one that corrupts and disturbs our understanding of these identities as public performers, gender stereotypes and gay icons." There was an Artist's Lecture on October 24 in Blount Auditorium in Buckman Hall. Opening reception was October 25, 5:00 - 7:00pm, in the Clough-Hanson Gallery. The Exhibition was on view through December 4.