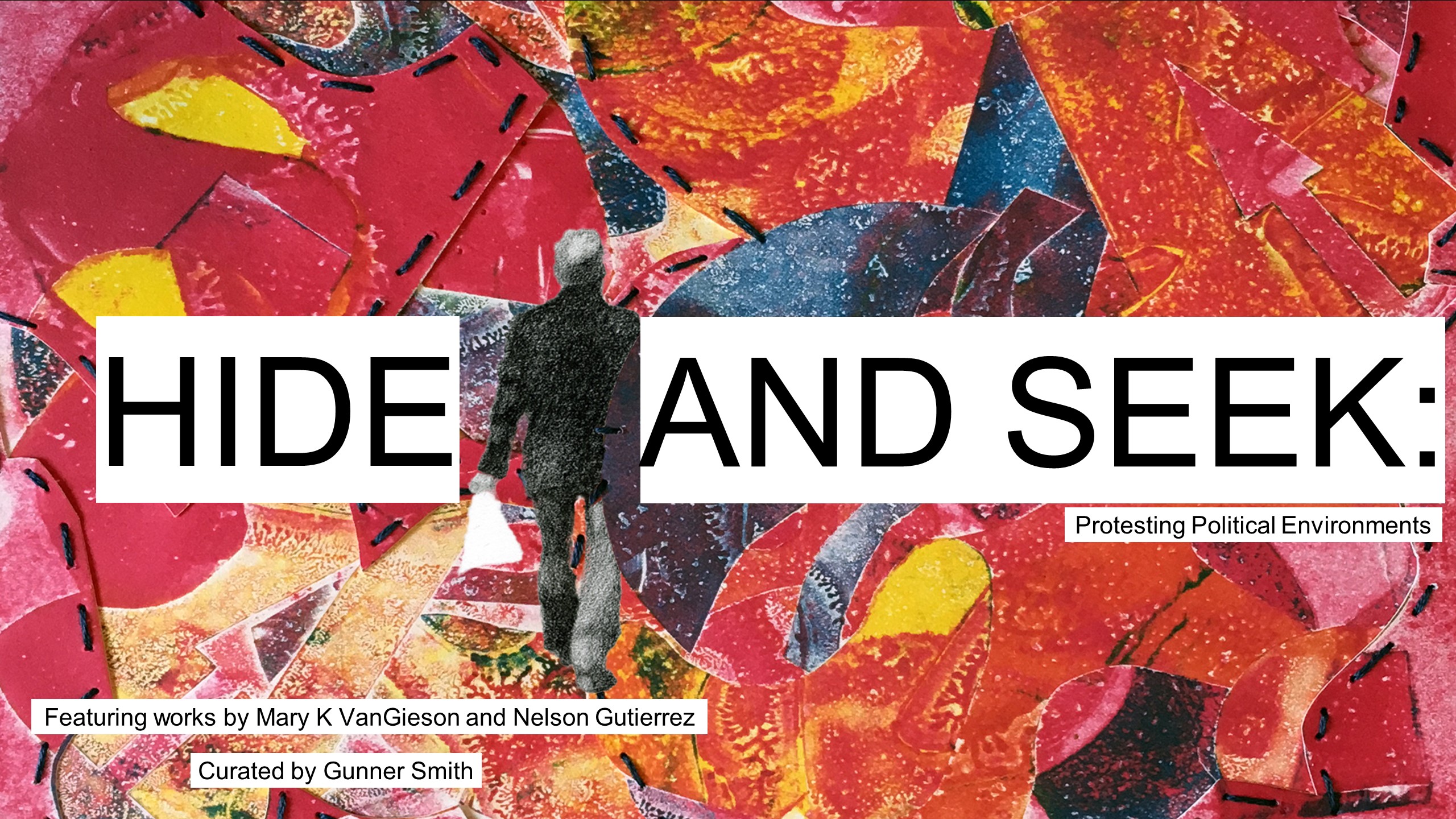 Hide and Seek: Protesting Political Environments explores two artists and their radically different approaches to expressing the politicalness of their world. Mary K VanGieson hides her personal narrative and political world under layers of chaos: material overlaps, colors pop, and textures tantalize. Nelson Gutierrez, however, takes a different approach in his artistic practice. He seeks to understand these political environments while recognizing the limitations of his own hand and memory. The works are composed of graphite and ink. They are soft and tender: turning a violent world into delicate drawings that both pay tribute to victims and unite different narratives in common spaces.

Mary K VanGieson’s pochoir prints take inspiration from language’s complexity and today’s politics. Her process is cathartic and attempts to capture everyday chaos by appropriating the personal and the things she finds important. In pieces such as Tea Party and Reminiscing, VanGeison uses family photos and letters to capture a narrative yet denies viewers ease of access to the work’s content. After deriving inspiration from narrative, the work uses abstraction to move away from meaning and create a visual experience for the viewer.

Gutierrez’s series, In Memoriam reflects upon the violent siege that overtook the Palace of Justice in Bogota, Colombia in 1985. In this series, Gutierrez attempts to understand this historical moment through research and process: speaking with family members affected by the violence. The series includes wood cutouts that honor the victims still missing from the insurrection as well as 28 drawings that depict a man feeding pigeons in a moment of political chaos. Gutierrez’s series The Death of Fear and his Mandala pieces unite protesters from across the globe despite their different ideologies. His content and process suggest he is investigating violence and attempting to make sense of it by uniting insurrectionists, victims, and protestors in common spaces.

By examining these works and the different approaches each artist takes, it is important we recognize the importance of each practice. As artists eliminate narratives or overshare, viewers must remain politically active in the work. Looking closely is an act of protest, it challenges the works and gives them the attention they deserve.

I invite you to think about the political world around you and the importance of abstraction and realism, both hiding and seeking, both attempting to feel what is happening around us and attempting to understand its complexity. 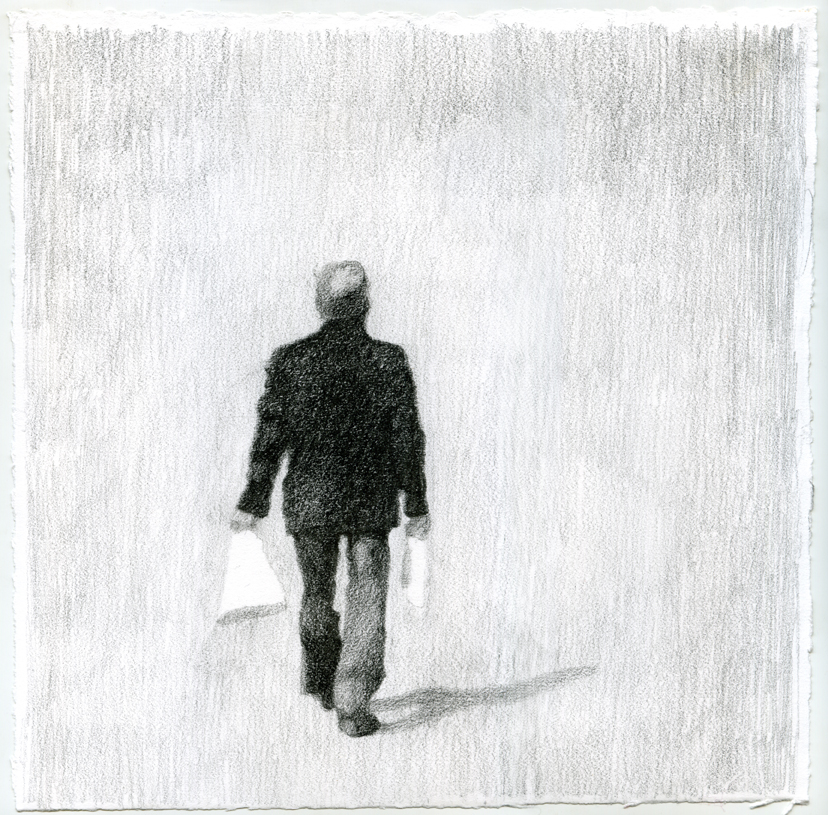 Life Goes On. In Memoriam.

These drawings pay tribute to the violent siege in Bogota, Colombia on the Palace of Justice on November 6, 1985. Life Goes On depicts a man feeding the pigeons during a live broadcast of the violence. The drawings are reminiscent of a storyboard when displayed in a grid. The series contains 28 drawings which is significant in the fact the Palace of Justice was under siege for 28 days.

They are based on footage of local news covering the event live that day.  These works resembling a storyboard, illustrate the simple action of feeding pigeons. The drawings render a man in an empty space, eliminating additional details, distancing us yet further from the idea of the objective truth, they can offer us no more than a fragment of reality recalling a faded memory, focusing the attention on the person's action. 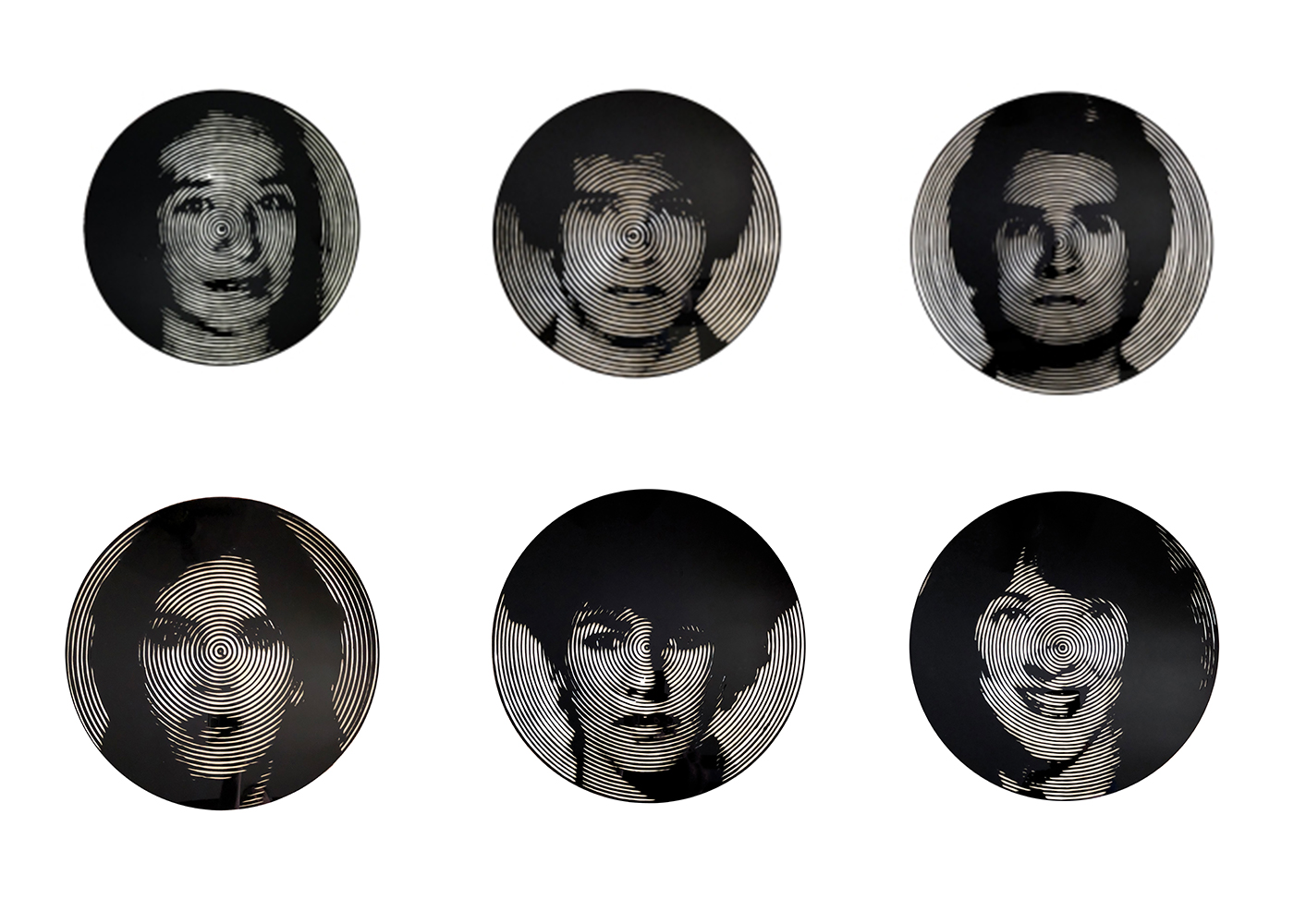 Artist: Nathan Gutierrez
6, 24 in ×24 in, plexiglass and wood circles

These circular pieces portray the people still missing after the violent seizure of the Supreme Court. The artist worked with the victims’ families and named each piece after the missing person it commemorates. This series uniquely capture the narratives that come with being human. 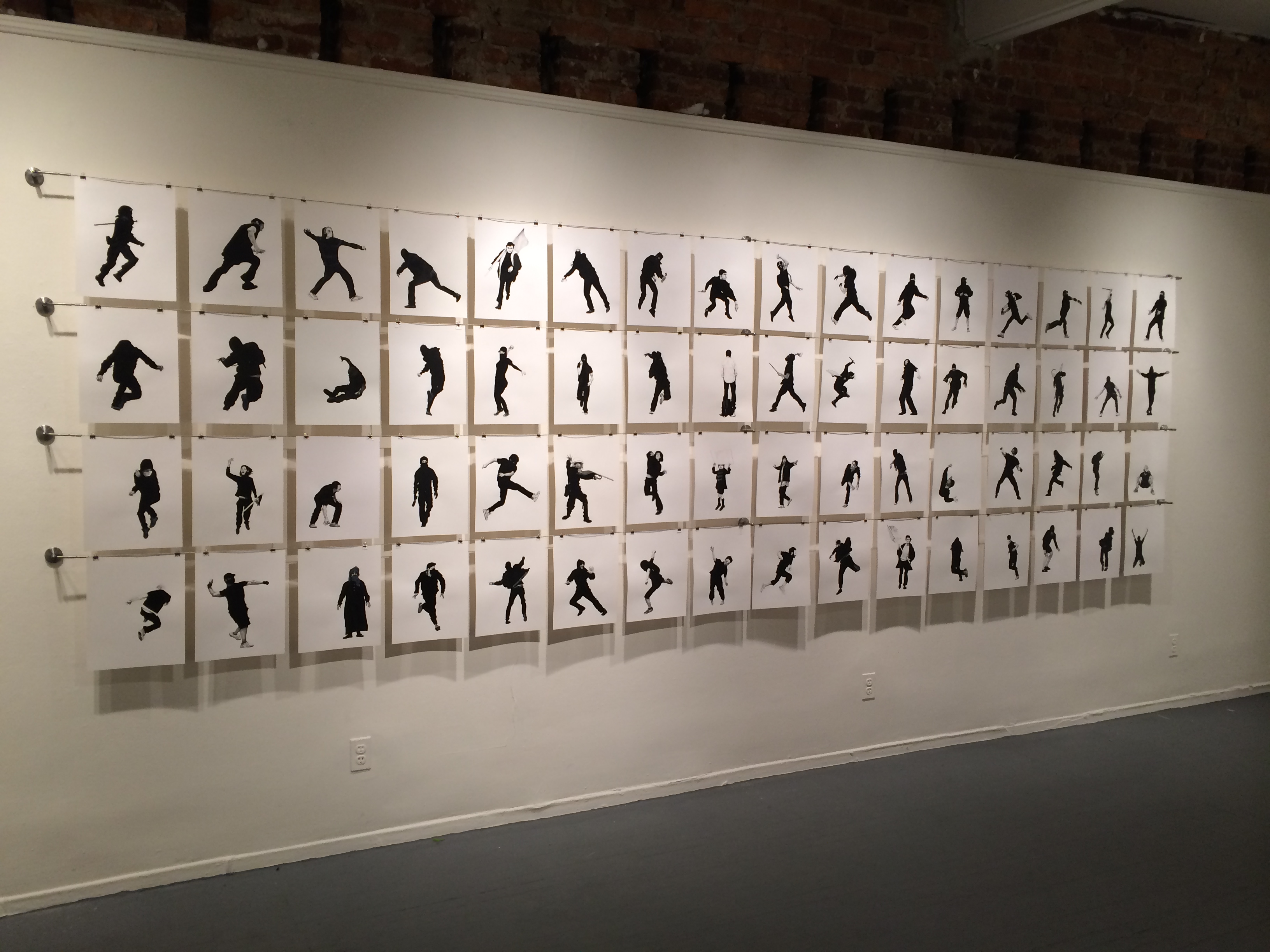 The Death of Fear

Deriving inspiration from protesters around the globe, the death of fear captures similarities in body language. The work unites the protesters despite their differences in beliefs and their countries of origin. 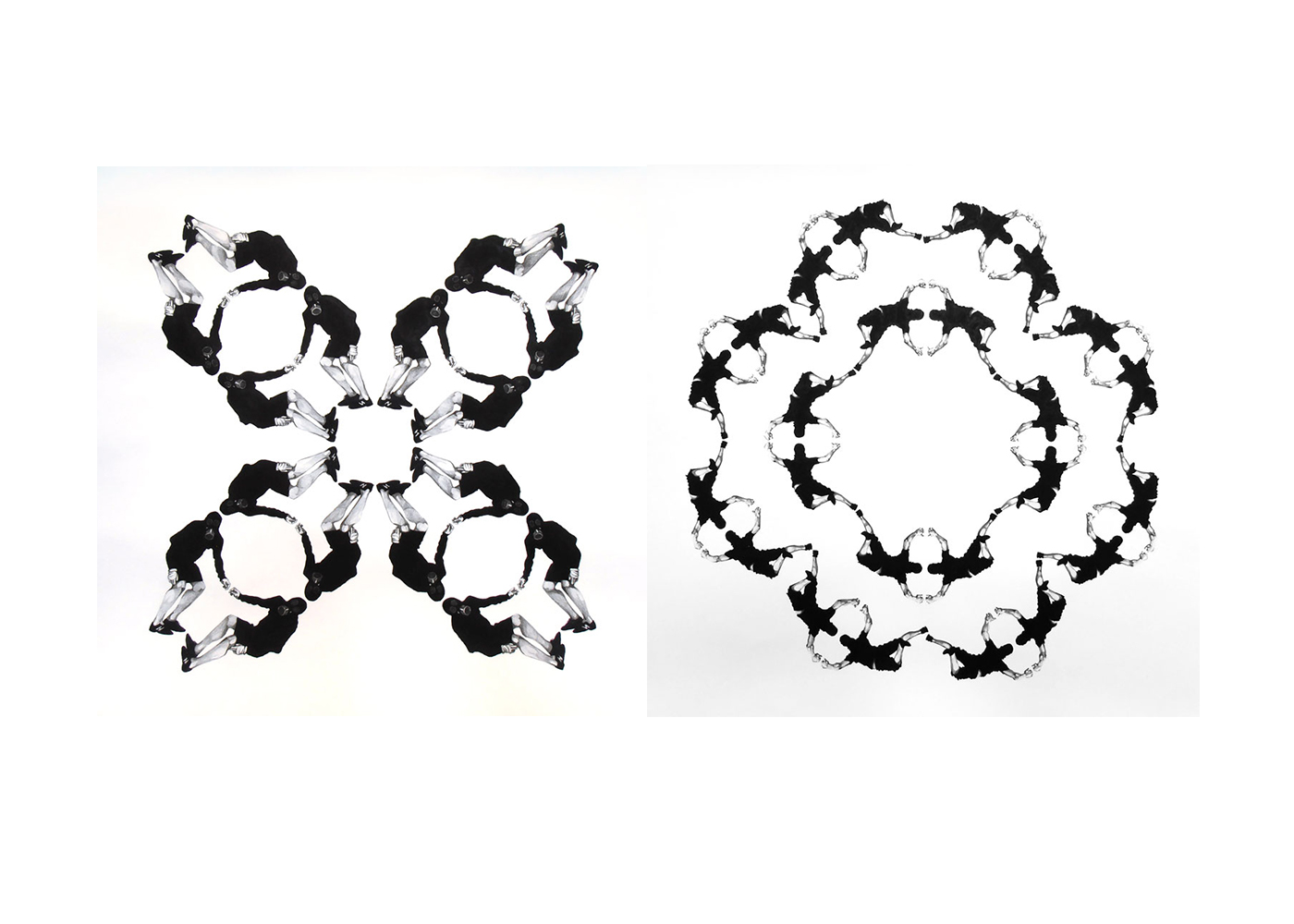 Expanding on the Death of Fear, Gutierrez uses the body as a means of creating patterns. Specifically, a violent protester’s stance is turned into a mandala that reflects beauty, unity, and spirituality. The cyclical nature of the piece parallels with the cyclical nature of protest. 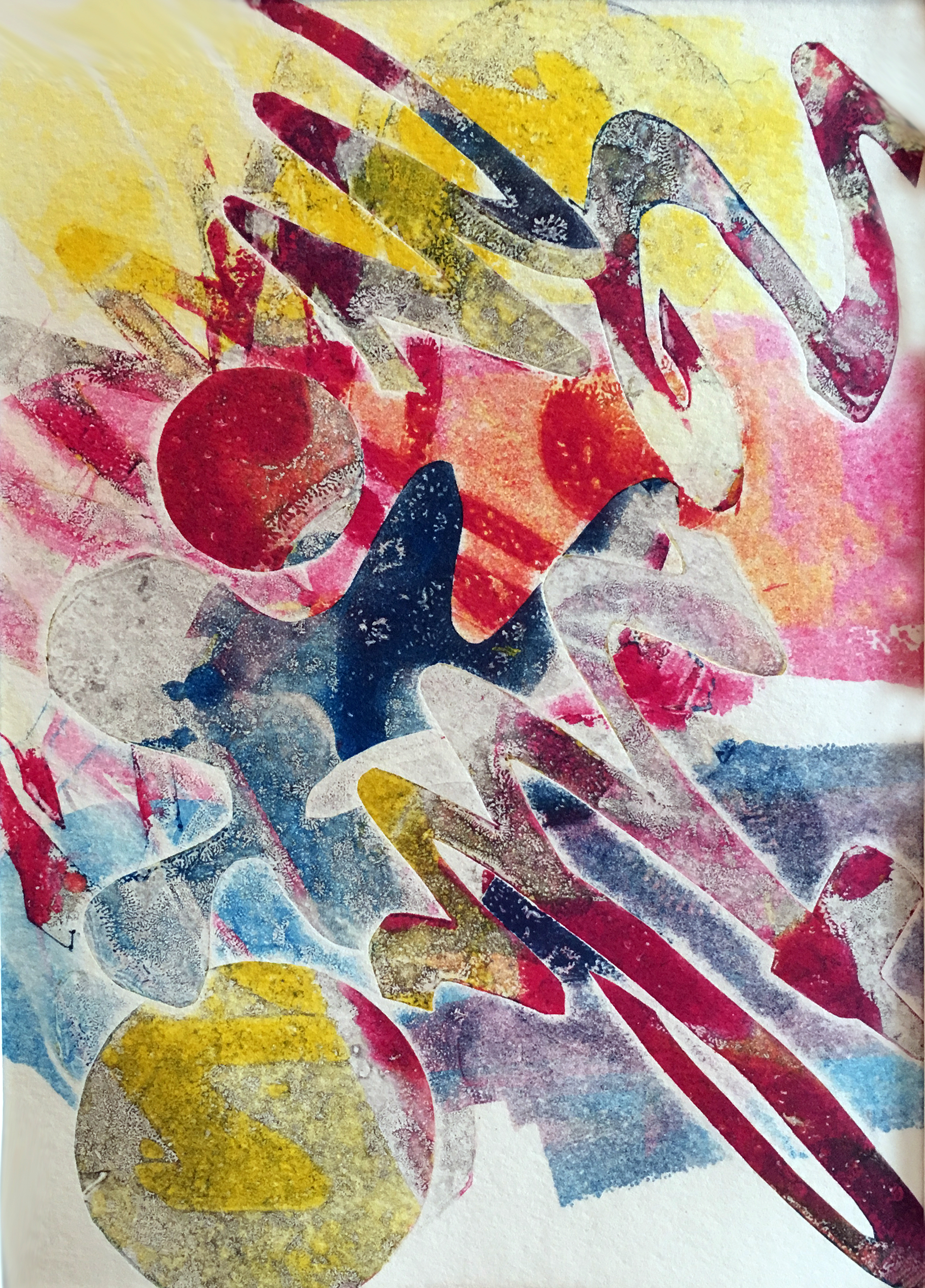 Affected by VanGieson’s political environment, these prints are reminiscent of writing and letters, perhaps suggesting the complex nature of communication. Letters become shapes and pops of color that interact with one another. 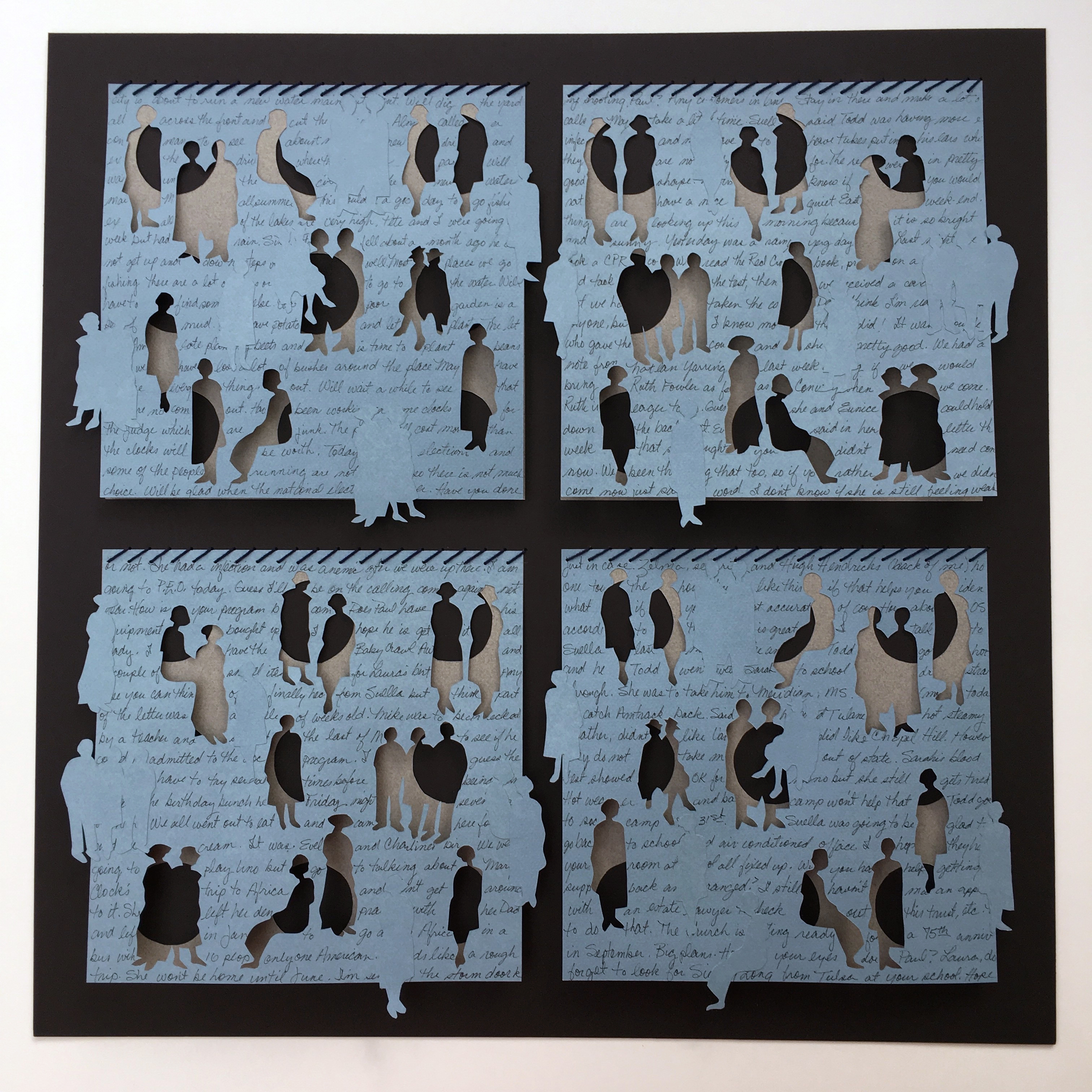 Using a mundane letter from her father, VanGieson cuts and stitches on the script, formally complicating the piece. Viewers are left questioning the script’s relationship to the figures, and the holes that are created in the story. 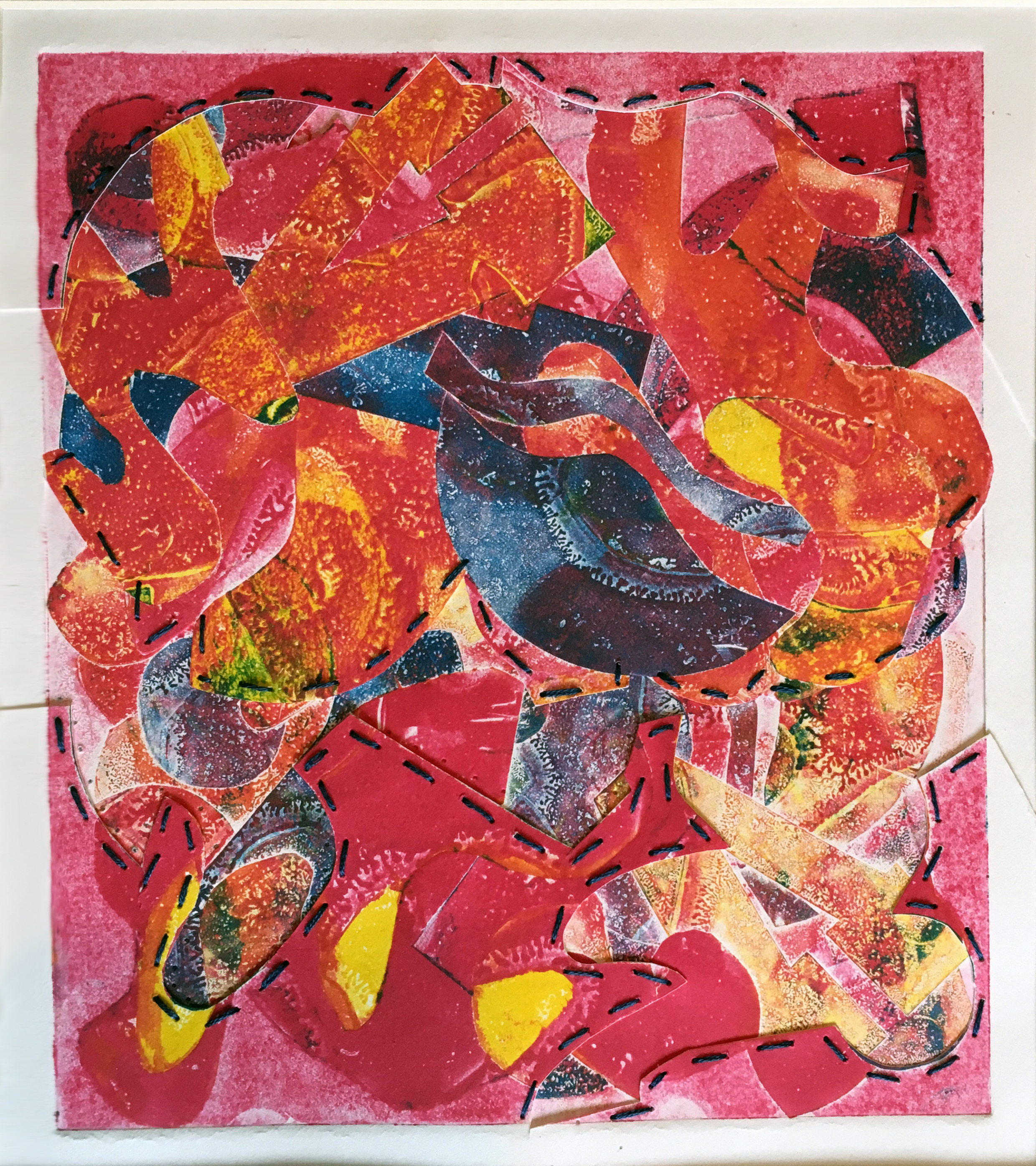 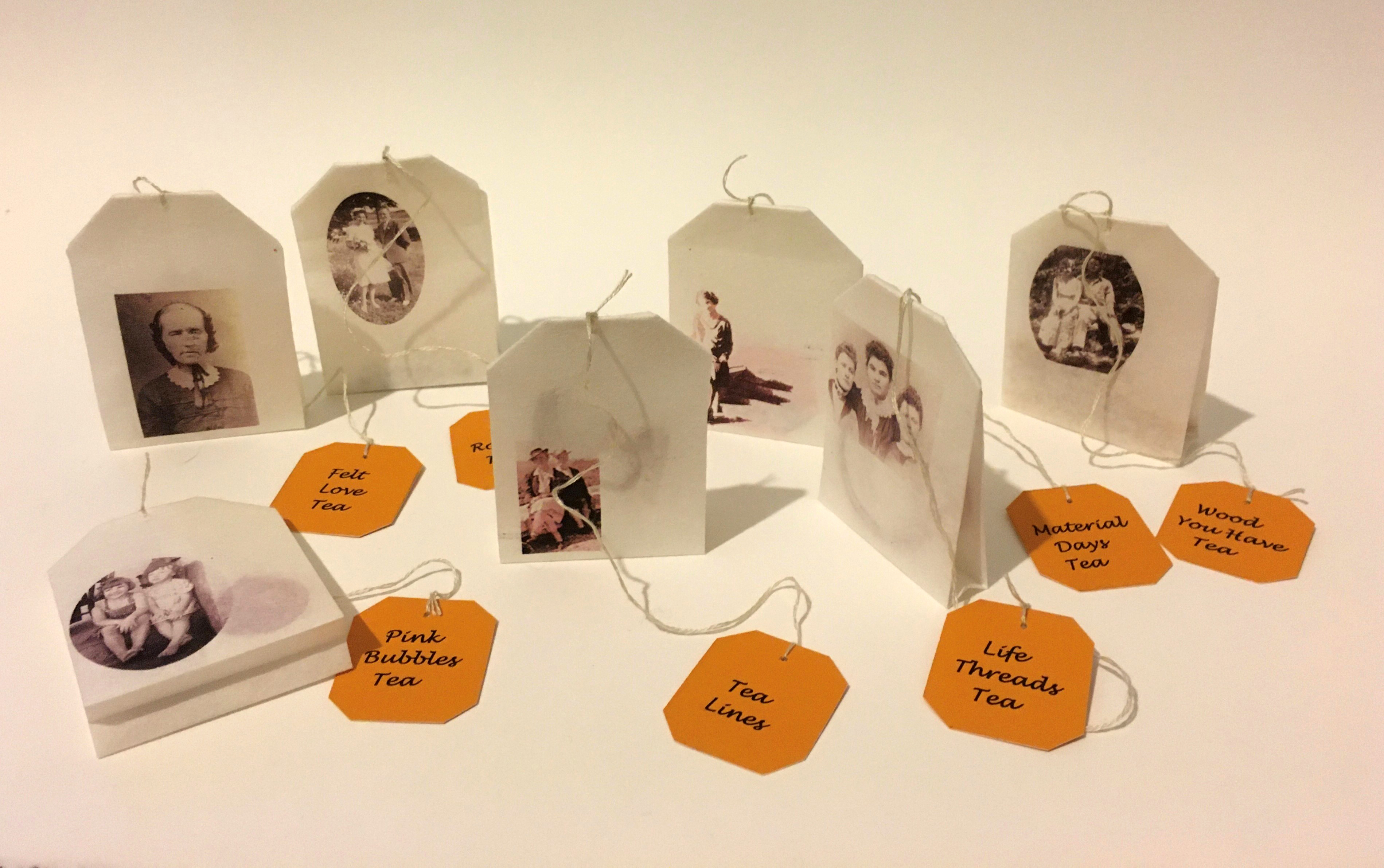 Tea Party uses handmade tea bags to literally hide art remnants and objects from the viewers. The tags of the bags give hints as to what may be inside. 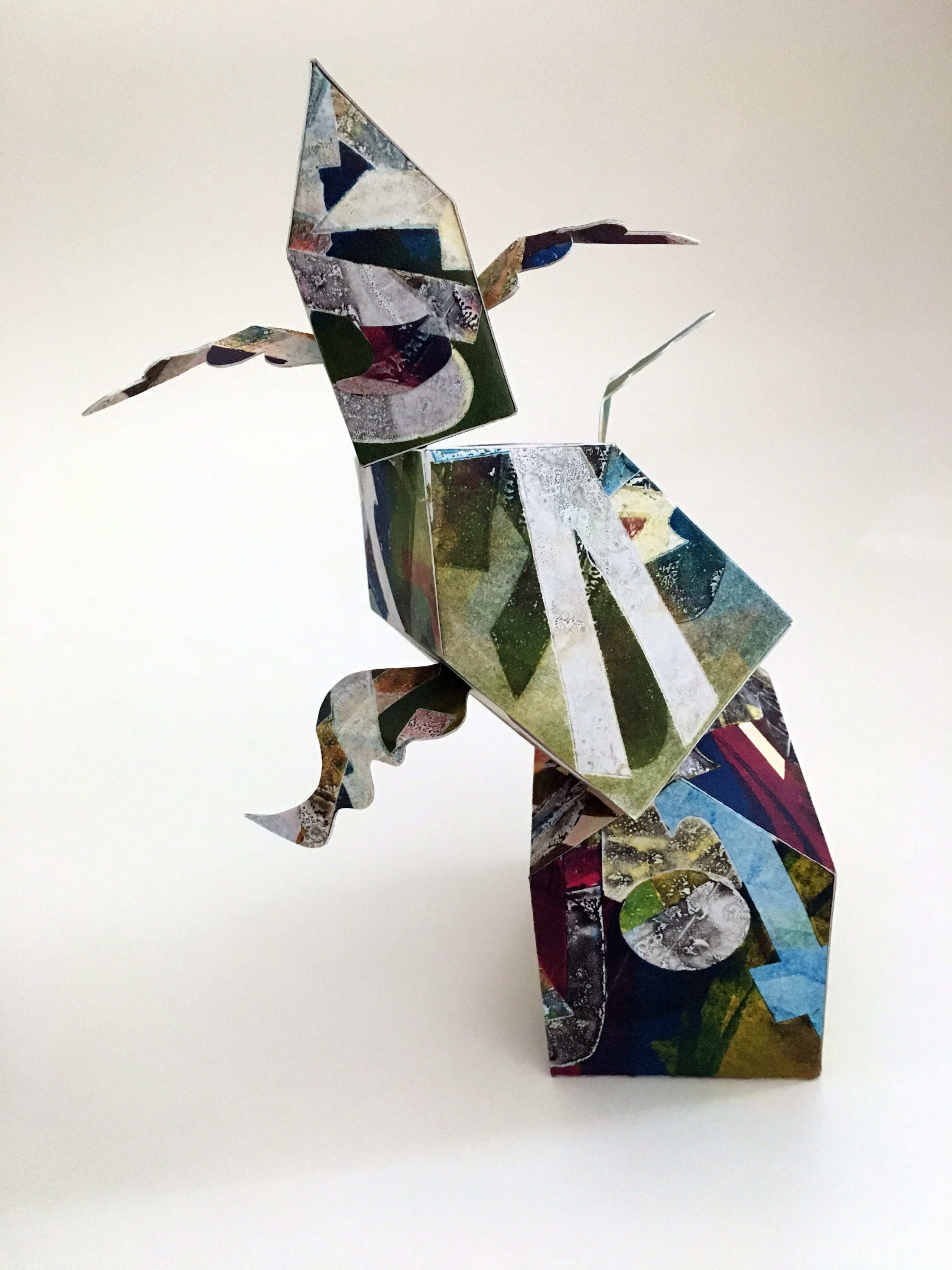 Complicating the pochoir prints to become three dimensional, VanGieson creates an abstract figure with wings, alluding to a narrative that can fly other places. Its three dimensionality allows the viewers different views as they travel around the object.